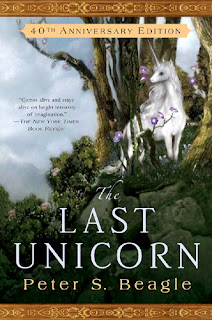 1. An actual unicorn as the main character.
2. A variety of memorable characters.
3. A brilliant 80s cartoon based on this book.
4. Many great quotes and insights.
5. Many unexpected details.
6. Simple to read, but also very deep in meaning.
7. Great for a study in gender roles.
8. Introduces human nature to YA or children.
9. There’s a pirate cat!
10. And a talking skeleton pirate!

Cuisine & Delicacies
Ranked as: Dessert Bar
It can be snacked on chapter by chapter.  Or indulged in, buffet style!  On the surface, it’s light and airy easy read that’s suitable for children.  But it’s tones are as rich as cheesecake or as dense as fudge.  Gender roles are brought up repeatedly and are noticeable with careful reading.  Also, the philosophy of the human heart is brought up to weigh in at the dessert bar.   To lighten things up, there’s a talking pirate cat who hangs out and a wine-drinking skeleton.  Both creatures have a marvellous sense of humour.


It’s sure to brighten your day.  The light - hearted humour and characters are memorable and chuckle-worthy.

Off the Beaten Path
Here’s the film trailer for the 1982 movie.  It’s a must-see for fans of the book.  It’s rare that a movie and book can be so compatible and equally loved by fans.

✓ Photos of The Unicorn Tapestries for inspiration
✓ Ballet music to set the mood, Tchaikovsky is great.
✓ The 1980s film adaptation, loved by the author
✓ Cozy blanket and beverage

Recommended Resources:
Alternate Books
✓ Anne of Green Gables By Lucy Maud Montgomery (1908) - Also light and airy with lovable characters
✓ The Unicorn Sonata By Peter S. Beagle (1996) - The plot travels between the real world and fantasy world.
✓ Snow Flower and the Secret Fan By Lisa See (2005) - Also poetic language, but much deeper into gender roles
✓ The Neverending Story By Michael Ende (1979) - Also fantasy, but much deeper philosophy 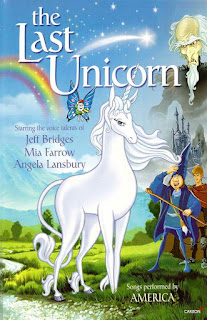 Samples for: ✓ Constance Garnett ✓  Richard Pevear & Larissa Volokhonsky  “He had become so completely absorbed in himself, and isolated from his fellows that he dreaded meeting meeting, not only his landlady, but any one at all.  He was crushed by poverty, but the anxieties of his position had of late ceased to weigh upon him.  He had given up attending to matters of practical importance; he had lost all desire to do so.  Nothing that any landlady could do had a real terror for him.  But to be stopped on the stairs, to be forced to listen to her trivial, irrelevant gossip, to pestering demands for payment, threats and complaints, and to rack his brains for excuses, to prevaricate, to lie — no rather than that, he would creep down the stars like a cat and slip out unseen.”    (Garnett;  Part 1, Chapter 1, Page 1-2) “He was so immersed in himself and had isolated himself so much from everyone that he was afraid not only of meeting his landlady but of meeting anyone at all.