Wanderings of The Catcher in the Rye 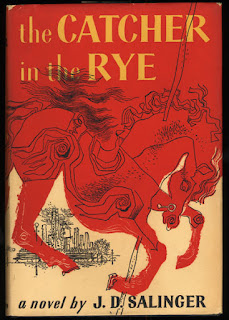 Cuisine & Delicacies
Ranked as: Decadent Chocolate Cheese 'N Cake
It's not an easy read.  Sure, it's got some deliciously gossipy bits that could satisfy the clucker in you.  But it's awfully rich in phoniness and why doesn't he just go home!  It must be one of the least finished books out there.


Not for the lazy reader.  It's often puzzling and confusing.  The main character is not likeable.  In fact, he's downright disagreeable.  So why read it?  It sounds like the mind of a real rebellious teenager.  It can't give the answers to the universe, but maybe it can give a bit of insight for folks on the fringe.

Packing List
✓ Map of New York City
✓ Water bottle, don't know why
✓ Diary and pencil
✓ Creature comfort like wine or a candle
✓ Whole lot of patience!
✓ Own copy: it's better on the re-read.

Recommended Resources
Alternate Books
✓ Crime & Punishment By Fyodor Dostoevsky (1866) - Great psychological insight focused on the result of a crime.  Would be great to compare the narrators.
✓ Hamlet By William Shakespeare (1599) - Hamlet contemplates a dilemma before acting on anything.
Destinations and Coordinates 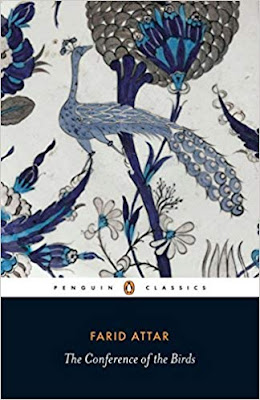 Conference of the Birds

Allegory for Humanity By Farid Ud-Din Attar Translated By Dick Davis Persia/Iran, c. 1146 or c. 1187 Sufi Poetry, Persian Poetry  Main Attractions 1. Parables of wisdom   2. Relatable decisions 3. Incredibly poetic imagery 4. Crossroads of understandings 5. Sands, Seas & Love in unity 6. If society was run by birds … 7. Fuels poetic understanding 8. A joy to read on a summer day 9. Flecks of relatable, birdlike humour  10. Philosophical musings long afterwards   Postcard Cuisine & Delicacies Ranked as: Dessert Bar Seeing these birds gather together with all their different personalities makes this universally relatable to many readers.  We can all see ourselves in these conversations.  Very often, the story breaks into parables to make this a light read that’s casual enough for small bursts of desired inspiration.  The highly poetic lines  are a delicious sweet topping to keep you reading. Why Visit Here This epic poem is from Iran and is hi